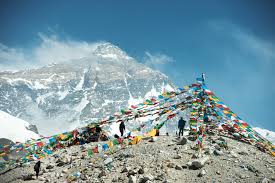 By BenSuttons December 1, 2020 No Comments

Ben Horsfield, our Head of Mortgage Services, will be training throughout the Christmas period as he prepares to trek to Everest Base Camp in March 2021.

Ben will be taking part in this walk and raising money to support the wonderful work being done on a daily basis at Reubens Retreat (www.reubensretreat.org)

Reubens Retreat is a charity that that provide vital support for children and young people who have a life limiting and/or life-threatening illness’ and their parents and siblings. This support also expends to parents and siblings that have lost a child.

This support comes in many forms including; counselling, support groups, activity & therapy days, short breaks for life-limited children (and their families) & bereavement breaks

Everest Base camp is in the lap of world highest mountain Mount Everest (Sagarmatha in Nepali and Chomolungma in Tibetan 8848 m).

Mount Everest was named after Sir George Everest, a British surveyor in 1852.

On the 29th of May, Everest day is celebrated every year in the remembrance of Sir Edmund Hillary and Tenzing Norgay Sherpa for their first ascent

If you wish to show your support to Ben on his trek you can do so by either making a financial donation to Ben via his just giving page ( https://uk.virginmoneygiving.com/BenHorsfield ), direct with the charity (Reubens Retreat) or by sending Ben a text or email with your well wishes.